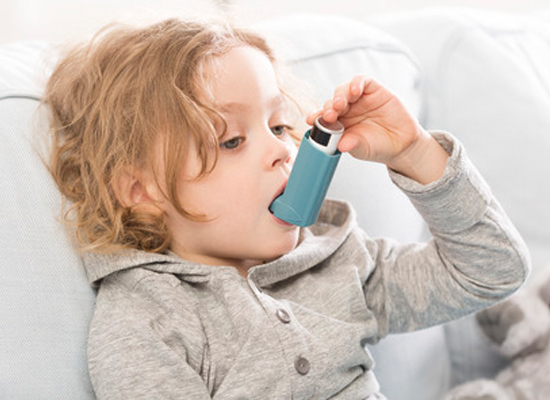 Asthma When to See a Doctor

DEFINITION
Asthma is a common condition that causes inflammation and narrowing of the airways. The airways, namely the bronchi, bronchioles and ducts are passages, located within the lungs, which allow for sufficient air to be inhaled, so that blood oxygenation can occur in the lungs.

EPIDEMIOLOGY AND CAUSES
Asthma is a condition that is often diagnosed during childhood; it is currently estimated that approximately 7 million children are affected by it. Symptoms may hibernate and reappear in adulthood, or they may be present throughout this course. Studies have shown that asthma is evolving into a major health concern of the 21st century, with more than 26 million adults suffering from the condition in the United States.

The exact causes of asthma are in reality unknown; however, the disease tends to be considered of allergic and non-allergic origin. The majority of the cases start in childhood and are termed allergic asthma. Common allergens, ie. Substances that the immune system mistakenly reacts to and launches the inflammation and narrowing process, include dust, pollen, cleaning sprays, paint fumes, animal dander, tobacco smoke and environmental pollution, as well as an increased sensitivity to various medications and stress factors. Viral infections have also been incriminated. Asthma can also manifest during adulthood for the first time, with a similar allergic etiology; in these cases, an occupational origin may also be attributed, as the patient may be exposed to other allergens (wood dust, latex, gums etc.) in the workplace. Exposure to cold air has also been linked to asthma.

In the recent years, asthma has been shown to be of non-allergic origin as well. Although these cases are less frequent, recurring infections of the lower respiratory tract (pneumonia, lung abscess, bronchitis) or the upper airway tract (pharyngitis, sinusitis), are believed to contribute to the development of asthma.

Regardless of an established connection between asthma and allergens or no such connection, allergies should be viewed as a trigger to an asthmatic attack; they are not the true cause of the condition. The main claim proposes that both environmental factors and genetic predisposition play a role in the onset of the condition.

PRESENTATION
Asthma is a condition that cannot be cured; nevertheless, it remains dormant and asthma attacks start under various circumstances, depending on the individual. Some people develop symptoms when exposed to cold air, some others when exposed to various substances in the workplace. Others may experience asthmatic attacks in spring after inhaling pollen. Regardless of the specific causal characteristics, the symptoms are the same, with a varying degree of severity.

Asthma primarily causes the airways to contract and narrow; excessive amounts of mucous is also produced in the air passages, something which makes it even harder for the patient to breathe. Cough, dyspnea, shortness of breath and the sensation of being unable to breathe properly are experienced. Wheezing is another characteristic of asthma, a high-pitched sound which may or not be present: in a mild attack, it is audible at the end of an exhalation, whereas a severer attack will cause wheezing that lasts from the start until the end of exhalation. A very severe attack will lead to a patient that also wheezes when they inhale. Patients affected by asthma often experience trouble sleeping because of asthmatic attacks and chest pain.

STATUS ASTHMATICUS
Status asthmaticus is a medical emergency and is an extremely severe asthma attack that will, if left untreated, lead to profound hypo-oxygenation and death. Status asthmaticus starts as an attack of progressively worsening dyspnea that can even last for days. Wheezing is heard when a patient inspires and expires and, very frequently, they are unable to speak a whole sentence because they are extremely short of breath. Blood pressure may be raised and the pulse is usually very quick (tachycardia). Because the patients are unable to breathe, they tend to use the so-called accessory muscles in an strained gasp for air: these muscles are those of the neck and shoulders. Finally, epileptic seizures may occur, alongside an extremely slow pulse and cardiac arrest and death.

WHEN TO SEEK TREATMENT
If you have a diagnosed asthma and notice that the attacks are becoming more frequent, do contact your doctor. Attacks that need higher doses of inhaled medicine for some relief to be provided are also a reason to set up an appointment with your pulmonologist. If children with no diagnosis of asthma start to complain about difficulty in breathing, tightness in the chest, or you can hear wheezing or whistling when they exhale, contact your pediatrician.

WORKUP
A thorough medical history is necessary to diagnose asthma. Your doctor may ask you to keep a diary concerning when asthma-like symptoms occur, if they are related to seasonal changes, exposure to cold air or possible occupational substances and if nocturnal attacks are common. An evaluation for allergies may also be helpful. The most useful test to diagnose asthma is spirometry. It is a painless, noninvasive test that requires the patient to inhale deeply and then exhale into a sensor. The test is usually repeated after the administration of a drug that helps the airways to dilate; a positive response is compatible with an asthma diagnosis. Additional tests may be carried out, such as a chest radiograph (x-ray) or a chest Computerized Tomography scan (CT scan), primarily in order to exclude other possible diagnoses.

TREATMENT
Asthma cannot be cured, but its symptoms can be relieved and maintained under control with proper patient education and medication treatment. Talk to your doctor about how to recognize potential triggers and avoiding them; also make sure you follow the drug regimen responsibly. A multitude of medications, functioning either as short- or long term relievers are available to control your asthma, including bronchodilators, theophylline, corticosteroids and leukotriene modifiers.

POPULAR MISCONCEPTIONS
• I suspect that my 8-year-old child has asthma, but he/she does not complain of anything when I ask. When he/she does complain, I will set up a doctor’s appointment. Children may not report complaints regarding breathing problems because they may not realize an unhealthy organism response or because they are not paying much attention. If you suspect that your child has asthma and you notice that they are avoiding sports activities, they lose interest in active playing or say that their chest feels “weird”, “prickly” or “funny”, do contact your pediatrician.

• I believe I have inherited my asthma from my mother/father. Although asthma has been observed to affect multiple members of a wider family, no genetic pathway or gene has been identified. The development of the disease is dependent on many factors and it cannot be said that it is inherited.

• My doctor has prescribed me an inhaler for asthmatic attacks. Some months have passed but I have not used it, so I threw it away. If I need it, I will request a new one. Asthma symptoms appear periodically. If your doctor has prescribed you an inhaler, it is because it is medically correct for you to use it in the next attack, when it happens. Do not dispense with your medication, unless it is expired. You cannot know when you will start to experience symptoms again, where you will be, if you will have access to an inhaler and which types of inhaler you can alternatively use. Hold on to your medication for reasons of precaution and safe treatment.