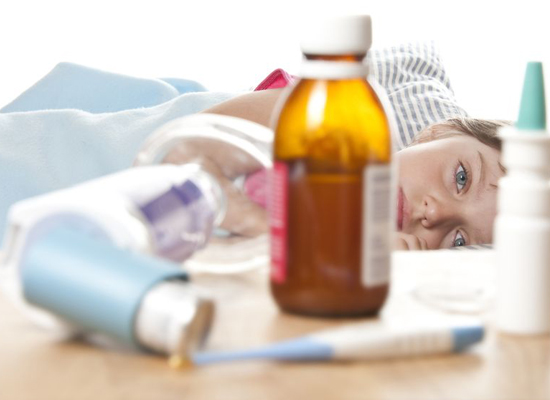 Bronchitis When to See a Doctor

DEFINITION
Bronchitis is one of the most common conditions of the respiratory system and affects the bronchi, which become inflamed. The bronchi are airway passages, that stem from the trachea (windpipe) like branches and allow the air to pass through to the even smaller airway components, the bronchioles, and reach the final membranes in the lungs where the oxygen will pass on to the blood. Bronchitis is classified as acute and chronic.

EPIDEMIOLOGY AND CAUSES
Bronchitis is one of the top reasons why a patient may seek doctor’s advice. Statistics vary and the accurate number of diagnoses per year are under-reported, because people with a case of mild bronchitis may not seek professional help for their condition. At any case, is has been reported that at least 4% of the United States population is affected by bronchitis on an annual basis. Chronic bronchitis is equally common with reports saying that it affects a percentage between 10 and 27% of the population of various countries. Chronic bronchitis tends to affect men more often than it affects women.

Acute bronchitis is caused by infection. Bacteria and viruses are the culprits behind an acute bronchitis attack; because the diagnosis is often clinical, in most of the cases, we do not find out which microorganism it actually was. Chronic bronchitis is caused by cigarette, cigar and marijuana smoking, and environmental pollution also contributes to its development. An exacerbation of chronic bronchitis, namely an attack that produces more severe symptoms than usual, is believed to be a result of infection from pathogens similar to those causing acute bronchitis.

ACUTE BRONCHITIS PRESENTATION
A case of bronchitis is considered acute when it is a transient attack that lasts for approximately 2 weeks, although some symptoms may linger for 3 or more weeks. Acute bronchitis leads to: • Cough: a cough is a symptom produced by many other conditions affecting the respiratory system as well; a characteristic of bronchitis, however, is that a cough persists for more than 6 days. Furthermore, cough that is caused by bronchitis may persist even for 6 weeks after the infection has been treated and the other symptoms have disappeared; some patients report that coughing keeps them up at night
• Sputum (mucus): it is a common symptom and may be clear, green-, yellow- or gray-colored. Clear sputum is generally associated with a milder attack.
• Chest pain: it may be reported, usually due to muscle spasms from relentless coughing.
• Fever: it is not usually present and, if it is, it is low-grade fever (up to 38 degrees Celsius/ 100.4 degrees Fahrenheit).
• Fatigue and shortness of breath.
• Runny nose, headaches, and muscle cramps.

Bronchitis-related symptoms appear most often during winter and spring, even though bronchitis may be diagnosed during any time of the year.

CHRONIC BRONCHITIS PRESENTATION
Chronic bronchitis is acute bronchitis that has fallen into chronicity. Smoking and air pollution lead to a cough and mucus (sputum) production that is an everyday complaint for 3 or more months and at least for 2 consecutive years. Shortness of breath and whistling also referred to as wheezing, can also be experienced. Whistling is a high-pitched, musical sound that can be heard with a stethoscope but on some occasions with the naked ear as well, when a person exhales.

WHEN TO SEEK TREATMENT
Bronchitis is usually a self-limited infection, meaning that the organism itself fight the microorganisms responsible for the infection after a few days. It usually does not cause very alarming symptoms either; therefore a visit to the doctor is not always necessary. Contact your GP, if: • You experience a debilitating cough that keeps you up at night for more than 3 days.
• You produce sputum that is green, gray or yellow in color.
• You have had multiple episodes of self-limiting bronchitis over a short period of time, e.g. over a month.
• You experience very high fever, over 38 degrees Celsius/100.4 Fahrenheit, especially if it is not relieved by NSAIDs (non-steroidal anti-inflammatory drugs) or paracetamol. Take care to not try to relieve fever or aches with medications you know or you suspect you are allergic to.
• You experience an episode of hemoptysis, namely coughing up mucus with blood.
• You start to experience intense chest pain, become lethargic or start to inhale very quickly.
• You start to hear a wheezing sound when inhaling and your breath becomes labored and difficult.

WORKUP
Acute bronchitis is easy to diagnose and usually, a doctor will do so only by the symptoms, medical history, and basic physical examination. Coughing for more than 4-5 days, mucus production, low-grade or no fever, body aches and headaches or chest muscle cramps are all typical symptoms that support an acute bronchitis diagnosis. Physical examination usually consists of: • Pulse oximetry: a noninvasive, painless test that determines your blood oxygen. It needs 4-5 seconds to provide a result and is reliable.
• Blood pressure: standard procedure to determine a person’s status.
• Temperature measurement.
• Auscultation: the process of listening to breath sounds via a stethoscope. A doctor will listen for abnormal sounds which indicate the presence of sputum or wheezing to decide upon a diagnosis of acute bronchitis, but also to exclude other possible conditions as the cause.
• Chest radiograph: may or may not be needed.

Depending on any other abnormal findings, your doctor will guide you further if additional tests are needed.
Chronic bronchitis is diagnosed through the same clinical examination, in addition to a medical history of smoking and previous such episodes.

TREATMENT
There are a number of ways in which to provide relief via simple over-the-counter drugs. NSAIDs (eg. Advil) and paracetamol (Tylenol) can help to reduce pain and inflammation. Lots of fluids should be consumed to help dissolve the overproduced mucus, which will then be coughed up. Resting and avoiding intense physical activity will help you to get better soon. Bear in mind not to take new medications without a doctor’s advice and steer clear of drugs to which you are allergic. Doctors can further prescribe expectorants, which also help to break up the mucus so that it can be discarded with a cough. A doctor can also give you a bronchodilator if they deem it necessary, namely an inhaled spray that helps your bronchi to dilate so that you can breathe better. Antibiotics are also used to fight severer cases.

POPULAR MISCONCEPTIONS ABOUT BRONCHITIS
1. I am an ardent smoker. I heard that my bronchitis is caused by an infection, so I continue smoking, it doesn’t have to do with it. Bronchitis is aggravated by smoking. Even if you do not have chronic bronchitis, any episode of acute bronchitis will last longer and may lapse into chronicity if you do not stop smoking. If you wish to continue smoking, although it is medically not advised, you need to at least quit for the days when you have the infection.

2. A friend of mine has bronchitis and the doctor prescribed her some medication. I tried it out and it worked just fine for me too, so there is no need to go to the doctor because my symptoms are just like hers. Never use medications prescribed to another patient, even if you have the same symptoms, except for the simplest painkillers. Deciding not to visit the doctor is one thing, taking medication prescribed for someone else is medically forbidden. Even if your symptoms match those of another person, you cannot replace the physician and you do not know the reasons why these drugs where advised.