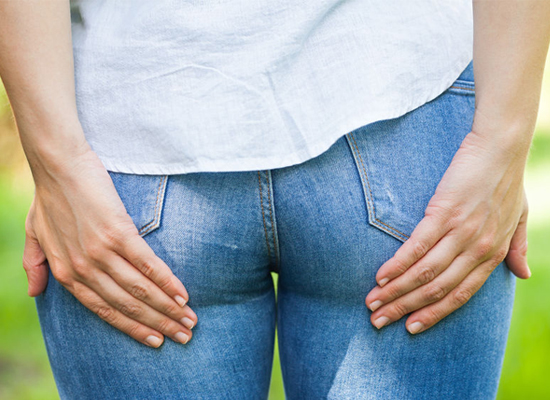 Hemorrhoids When to See a Doctor

DEFINITION
Hemorrhoids also referred to as piles, are swollen vessels (veins), located either in the rectum or anus. Depending on where they are, they are categorized into external and internal, with a slight difference in symptomatology.

HOW THEY DEVELOP
Contrary to popular belief, all hemorrhoids are not, by definition, an abnormal finding. Internal hemorrhoids are located in the rectum and you cannot see or feel them; external ones develop in the anus. They exist in the body as a normal precaution against the accidental passing of stool when one passes gas, as a kind of natural barrier. When they become too enlarged, something which can happen for various reasons, they cause discomfort and symptoms.

Many times, the cause of this hemorrhoid enlargement cannot be found; these cases are termed as idiopathic. Other, definable, causes of hemorrhoids include chronic constipation, which causes irritation of the already existing hemorrhoids so that they further enlarge, diarrhea that does not stop, sitting or standing for the greatest part of each day, lack of physical exercise and pregnancy. Another frequent cause of hemorrhoids is weight-lifting; people whose job involves lifting heavy materials are prone to developing hemorrhoids. Another common cause, which applies to many people, is spending a lot of time sitting on the toilet, either straining oneself or sitting and reading. The longer you sit on the toilet without passing stool, the more likely it becomes that you will develop hemorrhoids at some point in time.

PRESENTATION
Hemorrhoids are a very common cause of discomfort. They mainly affect the adult population and reports show that over 50% of the people will have experienced symptoms derived from hemorrhoids at least once in their life.

PRESENTATION
Hemorrhoids are divided into internal and external ones. Regarding internal hemorrhoids, these form in the rectum, which is the final segment of the bowel, leading to the anus; they cannot be seen or felt, because there are a few nerves in the rectum. They may bleed, in which case you will notice small spots of fresh, red blood in your underwear or wiping paper. If the situation gets worse, internal hemorrhoids may protrude through the anus when you strain yourself (e.g when sitting on the toilet) and get back into position on their own afterward.

If they do not return in the rectum on their own, you may be able to manually put them back; the final stage of hemorrhoids features hemorrhoids that protrude all the time, even if you manually displace them. The external hemorrhoids, however, can be visually spotted on the anus and look like soft pads of pinky skin. You may notice drops of fresh red blood on your underwear or toilet paper and the anal area usually feels moist even if you wipe. External hemorrhoids cause discomfort because they may also itch and, if a blood clot forms in them, they will become thrombosed, blue and very painful because of the obstruction of the blood flow that arises from clots. Thrombosed external hemorrhoids mean that you have to pay a visit to your doctor.

COMPLICATIONS
Hemorrhoids are generally not associated with any life-threatening complications. The most serious complication they cause is thrombosis, which leads to a lot of pain and inability to sit or pass stool because the patient does not want to exacerbate the pain. Constant prolapse of internal hemorrhoids is also considered a complication.

BLEEDING
Bleeding caused by hemorrhoids is actually a common symptom. It is both uncomfortable and worries the patient, who may be suspicious of other, potentially dangerous conditions when bleeding is spotted. The basic difference between hemorrhoid bleeding and gastrointestinal bleeding is that bleeding from hemorrhoids causes drops of red blood on the toilet paper or underwear and it is not to be confused with dark blood that is mixed with the stool. Generally, hemorrhoid-originating blood is not mixed in the stool; if you see blood on your stool it is supposed to cover it if it is a result of hemorrhoids.

WORKUP
Your doctor will take a detailed medical history alongside your vitals (blood pressure, oxygen, pulse, and temperature). In order to diagnose hemorrhoids, the first and foremost process of the physical examination is a digital exam. A digital exam is uncomfortable but necessary. The doctor wears gloves and lubricated a finger, which they then insert in the rectal area to feel for hemorrhoids. The workup process may be completed with endoscopic procedures if the doctor finds and indication or suspicion of another bowel pathology, such as Crohn’s disease, ulcerative colitis, colorectal cancer and others.

SIMPLE REMEDIES AND TREATMENT
There are some simple steps to relieve the discomfort of hemorrhoids at home before you decide to visit a doctor. These include mainly preventive measures:
• Drink plenty of fluids and fibers (fruit, vegetables) to avoid persistent episodes of constipation.
• Avoid sitting or standing for a long time
• When you are in the toilet, get up as soon as you have finished passing stool.
• Coughing is known to exacerbate symptoms of hemorrhoids because it increases intraabdominal pressure. Treat your symptom.
• Avoid spicy foods
• Avoid rough and harsh toilet paper; take a shower instead.
• Use cold compresses to relieve pain.
• Locally apply cream used to help with hemorrhoids, which you can find in the pharmacy. If it by any chance exacerbates your symptoms or causes rash and itching, discontinue it and call your doctor.
Your doctor may suggest that you take flavonoids in case of painful hemorrhoids, or sclerotherapy for an advanced stage. Surgical treatment is the last resort.

• My hemorrhoids are killing me. I cannot sit or go to the toilet, I am in a great deal of pain. I think I will take some NSAIDs.

Painkillers can relieve some of the pain associated with thrombosed hemorrhoids, they will, however, not solve the problem. If you continue to experience a great deal of pain, contact your doctor for a more radical solution. wish.