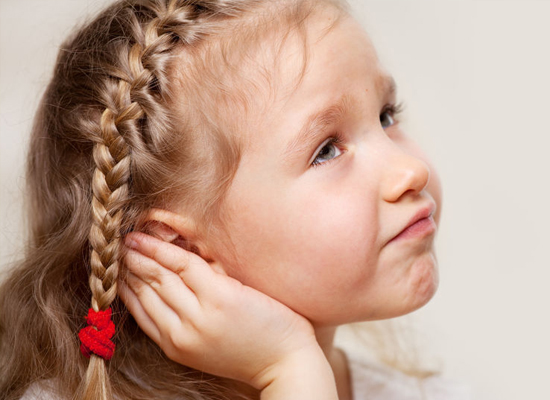 Ear Infections When to See a Doctor

INTRODUCTION
An ear infection, scientifically referred to as otitis, involves inflammation of any part of the ear, as a result of infections with various microorganisms, either bacteria or viruses. Depending on where the infection is localized, ear infections are further divided into three categories, namely otitis externa, otitis media and otitis interna, with different symptoms and treatment.

PREVALENCE
Ear infections are very common in the general population. Otitis media, specifically, is one of the most frequently diagnosed infections during childhood; it has been reported that, in the United States, almost 90% of the children will have experienced at least one incident of otitis media. Otitis externa is believed to affect 4 out of 1,000 individuals in the US each year, especially during the summer, or in areas with increased humidity and heat. Otitis interna, also known as labyrinthitis, very rarely affects children, as it is diagnosed in people older than 30 years old, approximately in 1 out of 10,000 people in the US.

BRIEF ANATOMY OF THE EAR AS AN ORGAN
To understand the differences between the 3 types of otitis, let’s take a brief look at the anatomy of the ear. It roughly consists of three parts: • Auricle and external ear canal: they gather sound and amplify it. • Middle ear: it is composed of various structures and connected to the auricle via the ear canal. The middle ear “takes” the sound collected and transmits it to the inner ear, which is filled with fluid. The external and middle ear are separated by a membrane, called the tympanic membrane (eardrum). • Inner ear: the inner ear is responsible for the transmission of sound to the central nervous system and also contributed greatly to our sense of balance.

TYPES OF INFECTION & PRESENTATION
Otitis Externa
Otitis externa is an infection of the auricle, the external ear canal or of both structures, due to microbes. The microorganisms that are the most common culprits are bacteria, although fungi can also cause the condition. It can assume an acute form or a chronic one if acute otitis externa is not treated properly.

Bacteria or fungi can infect the external ear under any circumstances. Activities that have to do with water and diving greatly increase the risk of infection to the ears. Frequently wearing earplugs, cleaning your ears with cotton swabs and scratching your ear canal can also lead to bacteria infecting the area. In the summer, it is much likelier for the microorganisms to infect the external ear and hearing aids which are permanently worn can also cause infection.

The typical symptoms of otitis externa include pain of the ear that is felt when you touch the tragus or pull the earlobe downwards. Pain is usually also experienced without any manipulation of the ear. Discharge may be present; as the days pass it starts to smell bad and have a yellow/green color. Fever may be experienced as well, in addition to hearing impairment and one may hear a ringing sound in their ears.

Otitis externa is diagnosed by means of physical examination. The doctor will take a detailed history and visualize the inner part of your ear with an otoscope. This examination is uncomfortable but non-invasive and it may hurt because the doctor will most likely pull your earlobe downwards in order to look inside your ear. Discharge may be examined for the presence of bacteria but this usually is not needed. Further tests also vary depending on the findings.

Otitis externa is treated with antibiotic ear drops and painkillers. You will need to keep your ears dry for as long as you continue the therapy. Use a cotton ball when you take a bath or shower that you will insert in the ear and cover with petroleum jelly on the outside. The jelly acts as a barrier that prevents your ear from being in contact with water.

Otitis media
Otitis media is an inflammation of the middle ear. Bacteria and viruses can both result in this type of infection; allergies, cigarette smoke, sinus infections and drinking while lying down (infants) are also risk factors associated with otitis media. It can appear as an acute and chronic type of infection and can cause various complications if left untreated, some of whom are very severe.

Otitis media causes significant pain in the ear, which deteriorates when the patient lies down. Headaches and ear discharge also co-exist. Individuals affected by otitis media may also have symptoms associated with a respiratory tract viral infection (a dry cough, sneezing, nasal discharge), a fever, and malaise.

Otitis media is also diagnosed via physical examination with an otoscope. Imaging scans such as a computerized tomography scan (CT) or magnetic resonance imaging scan (MRI) can be used to diagnose it, but they are carried out if the physician suspects complications. Under the same circumstances, Tympanocentesis can also be used if required. Tympanocentesis involves the insertion of a small needle in the eardrum so that infected fluid from the middle ear can be collected and cultured.

Treatment consists of antibiotics and keeping your ear dry. Surgical intervention on the eardrum may also be required in some cases but are not first-line treatment.

Otitis interna
Otitis interna is also known as labyrinthitis. It is an inflammation of the inner ear (or labyrinth) caused by infection by bacteria, viruses or autoimmune diseases.

Symptoms include vertigo, a ringing sound in one’s ears, hearing impairment, pain in the ear and discharge. Other commonly reported symptoms are fever, nausea, visual impairment and a feeling that your ear is filled with fluid. In the case of viral otitis interna, vertigo starts suddenly and is very intense, accompanied by loss of balance and hearing loss.

It is diagnosed via physical examination, blood tests, and if required, a CT or MRI scan and an audiogram (examination to test hearing). Treatment depends on whether the infection is viral or bacterial and may include medications to relieve nausea, IV fluids, antibacterial medications or surgical procedures.

COMPLICATIONS
Ear infections generally respond well to the appropriate treatment and do not lapse into chronicity or cause complications. If, however, left untreated, otitis media can lead to mastoiditis ( a severe infection of some structures of the temporal bone), otitis interna, meningitis, brain abscesses and other conditions, which may even threaten the life of the patient. Otitis externa, if left untreated, can deteriorate into a necrotizing type with severe symptoms, and also leads to infection of the central nervous system and base of the skull. Otitis interna can further lead to permanent hearing loss.

WHEN TO SEEK TREATMENT
Ear infections always need to get looked at by a specialist. The ear is a complex organ and it cannot be visualized with the naked eye; this is why you cannot diagnose and treat yourself. Also, not visiting your doctor when you suspect you are having an ear infection can lead to serious complications, such as brain abscesses. This is why, every time you start to experience ear pain that lasts for more than a day, ear discharge, hearing impairment, vertigo, nausea or imbalance, you need to consult your doctor.

POPULAR MISCONCEPTIONS
• My son is 7 years old and in the summer he frequently gets ear infections. After 2 or 3 times, I give him the drops out doctor prescribed without consulting him/her. It’s the same thing anyways.

Never, never give the same medication that a doctor prescribed without a consultation. You do not know why this medication was given and if the patient needs the same or a different drop or drug this time. Giving too many wrong antibiotics can lead to microorganisms that do not die, but, on the contrary, become stronger. These germs will not respond well to the next treatment.