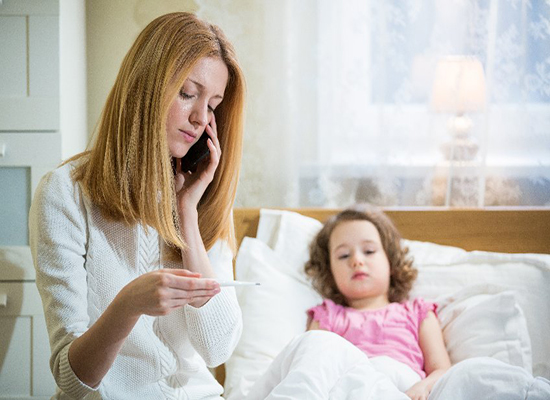 Pediatric Ailments and When To See a Doctor

Even though they are caused by distinct viruses, flu, and the common cold are two different pediatric ailments. Typically cold symptoms are less severe than flu symptoms. While the flu characteristically makes the whole body suffer, colds only affect the nose and throat. To assist stop the spread of germs, use proper cleanliness practices and physical segregation when your child exhibits signs of the cold or flu. It entails giving their hands a minimum of 20 seconds of soapy, warm water hand washing while being sure to get in between their fingers and beneath their nails. Stay at home and get medical advice from a doctor, including pathology testing if you or your kid has a fever, congestion, dry mouth, or difficulty breathing. Because the cold and flu symptoms are similar, it can be challenging to distinguish between them based on symptoms. Flu symptoms are frequently more potent than the ordinary cold and usually start more suddenly. Flu is more severe than a cold. Compared to children with the flu, toddlers with colds are more likely to have runny or stuffy noses.

Signs and Symptoms of Cold and Flu

The common cold and flu have similar signs and symptoms, including persistent cough or congestion. The intensity and onset are distinct, though. Colds symptoms, such as a coughing fit, runny nose, phlegm, and sneezing, typically worsen over time. Additionally, your toddler may be feverish. The signs could linger for three to ten days. However, flu symptoms appear more rapidly, and a child will often appear sicker. The symptoms that show a sign of flu are chills in the body, child may tend to have irritability, or could have a very high fever. The majority of kids recover in a few days to two weeks. Contact emergency services immediately if your child is showing signs of any breathing difficulties, changes in skin color, is unable to swallow fluids, suffers from severe vomiting, acts agitatedly, or if their fever returns after a period of relief. These symptoms could indicate a more severe illness.

When to See a Doctor

Even though the common cold or flu will eventually disappear, medication is necessary. The height of flu season comes in the late winter and early spring. Children experience their first flu symptoms two days after exposure to the virus. Although symptoms may persist for up to two weeks, these symptoms generally last five to seven days. Contact your pediatrician if you start to suspect they may have the flu. If your child's condition is worsening, you can set up a virtual visit with a physician. Your child's complaints may be used by their doctor to determine a prognosis, or they can receive a diagnostic test that looks for flu viruses. Urgent matters to seek urgent medical attention include the signs of dehydration or even difficulties in breathing.

Causes of Pediatric Cold and Flu

Seasonal viruses that spread through coughs and sneezes cause colds and the flu. Most colds and coughs are brought on by viruses: RSV, coronaviruses, and Rhinovirus. Human influenza A and B are the primary causal agents of the flu. By sneezing and coughing, the virus is spread through the air. The typical preschooler and elementary school student get 3–8 coughs or colds a year. Sometimes there will be a string of coughs or colds. Children who live with individuals who smoke are more likely to suffer coughs and colds, and those colds could linger longer.

Risk Factors for Cold and Flu

Unfortunately, it continues to be challenging to interpret data for the pediatric age range. According to epidemiological statistics, the cold and flu primarily affect children under two and school-aged children as they have the most severe influenza cases. This age group is the most hospitalized. Expert analysis indicates that the increased hospitalization rate seen in the youngest patients could be explained by the immaturity of the immune system, particularly of the mechanisms that identify influenza viruses. Further, their immunity fails to activate cytokine and chemokine responses to decrease viral multiplication. Even though admission to the intensive care unit and death can happen in otherwise healthy patients, several underlying chronic illnesses favor the development of severe cases, occasionally ending in death.

The most effective safeguard for your child is to ensure they receive an annual flu shot. It is important to monitor if your child is getting enough fluids. If a toddler has a fever and does not drink much, low body fluid (dehydration) may develop. Aches and pains, headaches, and fever can be reduced by paracetamol. Ibuprofen is a substitute. Both are offered to youngsters in liquid form in pharmacies. There are numerous brands; if you're unsure which is best, ask the pharmacist. Teach children to frequently clean their hands, cover their mouth and nose when sneezing, stay away from sick people, and sanitize surroundings to prevent the common cold and flu.

A common remedy for babies with blocked noses is saline their noses with a few drops of salt water (saline) before feeding. Some people believe that doing this makes it easier to provide by clearing the nose. Although insufficient scientific data supports its effectiveness, it might be worth a go if feeding is challenging. To avoid spreading anything: Have your child stay home from school if you suspect they have the flu. Give them space to rest and drink plenty of water. Contact your child's primary physician if their sickness worsens or has a persistent medical problem like diabetes or asthma. If flu is discovered during the first 48 hours, some medications could help cut your child's illness period by 1-2 days. With fluids and relaxation, your child's condition will typically get better.