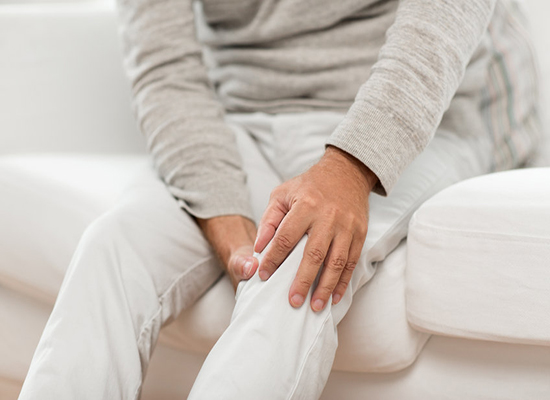 Joints Aches and Pains When to See a Doctor

Joints are parts of the body where two bones meet in the skeletal system. They support each other and help the skeleton move cohesively without problems. Therefore, any damage to the joints, no matter the cause, interferes with the cohesive operation of your body and can consequently cause much pain. Some of the joints found in your body include the shoulders, hips, elbows, knees, and ankles. Joint paint, scientifically referred to as arthralgia, is discomfort, soreness, and aches in any joint. It might involve injury to tendons, ligaments, bursae, or the fluid sac around the joints. Although it is often confused with arthritis, their main difference is that arthralgia is the pain or aching in the joints. In contrast, arthritis, inflammation of the joints, is associated with pain. However, they both stem from similar roots.

Joint pain is expected in the general population. It is, however, more rampant in the older demographic due to arthritis, with knee pain being the most common, followed by shoulder pain and hip pain. Reports indicate that about one in four adults in the United States reports severe joint pain. These numbers translate to about 15 million people in the general population. However, joint pain is less prevalent in the younger population; hence there is no conclusive data yet. Additionally, joint pain is likely to be experienced by people; Who has chronic medical conditions? Suffering from anxiety, depression, and stress Repeated overuse or use of a muscle Suffer from weight issues or suffer poor health.

To better understand why pain occurs in joints crucial to understand the anatomy of joints and how they operate. In the body, there are two broad classifications of joints. These classifications depend on the tissue type or the degree of movement permitted to each joint.

Depending on the tissue present

Under this category, there are three types which are: Fibrous which is connected by the fibrous tissue Cartilaginous, where the bones connect with the cartilage Synovial - which has surfaces enclosed within a fluid-filled joint cavity enclosed within a fibrous capsule. This is the predominant type of joint in the human body. They include the knee, ankle, elbow, and hip joints.

There are also three main types under this category which are:

Most people assume the presence of pain is the only characteristic of joint pain. However, various symptoms could indicate that your joint is suffering even without it portraying aches or pain. Some of the signs you should look out for are: Severe pain when moving the joint. Soreness or mild aches Presence of swelling and warmth around the joint area. Weakness, stiffness, and tenderness of a joint If your joint is locking Limited or loss of motion Noisy sounds like clicking, snapping, or grinding when moving the joint. The inability for the limb supported by the joint to carry objects or walk. These symptoms may appear after partaking in certain activities such as exercising or climbing. They can also arise out of nowhere. Additionally, joint pain can be gradual or occur suddenly. Joint pain may go away after taking over-the-counter medication or after resting.

The foundation of joint pain is an array of issues in the body. In some cases, arthralgia can indicate deeper underlying health issues that present as arthralgia, incredibly when persistent. While in other times, it might be caused by overusing a muscle. Some of the leading causes of joint pains include:

The most common cause of joint pain is arthritis, to the point that most people mistake any joint pain for arthritis. The main types of arthritis are rheumatoid arthritis (RA) and osteoarthritis (OA). Rheumatoid arthritis is the first form of arthritis that affects about 1.5 million people in the United States. It is predominant in women and mainly occurs in the wrists and fingers. Over time, it deforms the joints, causing pain, swelling, and fluid build-up in the affected joints as the immune system fights the membrane lining the joint. Osteoarthritis –This form of arthritis happens slowly and is evident in the middle ages. It primarily affects rampantly used joints such as knees, wrists, hips, and hands. Over a period, the cartilage, the shock absorber, and protective cushion between bones break down. In turn, the joints become stiff and painful.

This is the inflammation of the joint's protective pads caused by overusing the joint. It is predominant on the knees, shoulders, hips, and elbows.

It causes pain by inflammation of the flexible bands that connect muscles and bones. Additionally, the inflammation of tendons can be the cause and is occurrent primarily on the heel, elbow, or shoulder. The overuse of these parts also causes it.

Joint pains and aches generally do not have a permanent solution, primarily when caused by arthritis since doctors classify it as a chronic disease. However, specialists treat joint pain with various treatment options from medication, injections, physical therapy, exercise, and surgery. Therefore, when in the extreme, there is no given cure, only ways to manage the symptoms.

When to Seek Treatment

It is advisable to see a doctor once your joint shows swelling, tenderness, redness, and warmth to the touch. Also, persistent pain of more than three days should not be avoided or ignored. However, if your joint appears deformed or completely immobile, it is best to go to the emergency room as soon as possible.

All joint aches and pain are associated with arthritis. Weather affects the joint pain intensity. Young people cannot have arthritis. Arthritis is curable.